Binance stated today that it is putting an end to its stock token product. This comes a day after Italian regulators joined a string of financial watchdogs to crack down on the platform.

Binance stated on its website, “Effective immediately, stock tokens are unavailable for purchase on Binance.com, and will no longer support any stock tokens after 2021-10-14 19:55 (UTC).” The exchange also added that it would shift its commercial focus to other product offerings.

Why Binance took the decision

The stock token offering was introduced by the cryptocurrency exchange in April. It allowed customers to buy fractions of shares in companies. The platform started with Tesla stock and then Coinbase, MicroStrategy, Microsoft and Apple were added shortly after.

It has been facing a lot of regulatory issues of late. The exchanges latest battle with financial watchdogs comes from Italy. Italy’s market regulator stated yesterday that it was not authorized to provide investment services and activities in Italy, even via its main website which has offered information in Italian on derivatives and stock tokens.

Asides from the Italian regulator expressing concern over Binance’s issuance of stock tokens, the German regulator BaFin, had voiced a similar concern in April and stated that it risked being fined for offering stock tokens without publishing an investor prospectus.

Nairametrics reported recently that the United Kingdom’s Financial Conduct Authority (FCA) banned the cryptocurrency exchange from operating in its country stating that the exchange was not approved under the FCA’s cryptocurrency registration regime which is required for UK groups offering digital asset services. Although this is unrelated to the company offering tokenized stocks.

Also, news of a class-action lawsuit against the platform’s futures trading by investors who claim they lost “tens of millions” of dollars due to not being able to manage their positions and view their balances during peak trading hours, has made headlines. This lawsuit comes from a group of Italian and international investors.

Asides from these countries above, others like the Japan, United States, Canada, Thailand and the Cayman Islands have all taken steps against Binance in the form of an investigation, filing criminal complaints or banning the platform from operating within the country’s space.

Binance is not the only centralized cryptocurrency exchange offering tokenized stocks as FTX and BitPanda are doing the same. The move by Binance to stop the offering of this product means that the company is getting a lot of heat from regulatory bodies over the product. Binance’s move to end the product also shows the company’s commitment to regulatory compliance.

At the Binance 4th Anniversary, the CEO of Binance, Changpeng Zhao, popularly known as CZ, stated that Binance has increased its compliance team by 500% so far in 2021 and is looking to increase the company’s complaint capacity by another 1000% before the end of the year. 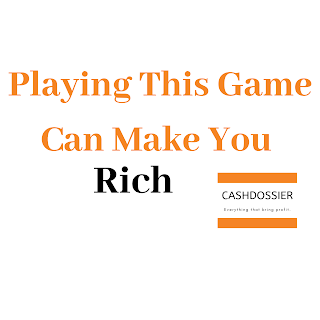 Playing this game can make you rich.

GOALTYCOON   GoalTycoon  is an online football manager game playable on your browser from wherever you are. You can manage your own football team and upgrade your stadium and other club related buildings to gain more benefits for your team. You also get to make lots of money that you can spend in real life.  Wat You can also train your players, trade seniors, compete in Continental and National Cups and the National Championship. All you need is a browser and internet connection. It is completely free to play and you can even withdraw your winning from the game. It is easy to start managing your own team in GoalTycoon, your first step will be to sign up and name your Club. After confirming your account, you will receive your starting team. The first steps you should take is getting to know your players, positions, and skills, and place them in the Training field so they can train for the desired position. Your team will be entered into a league in the 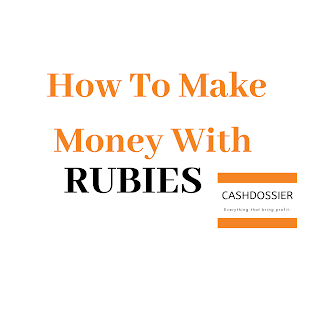 How to make money with Rubies. 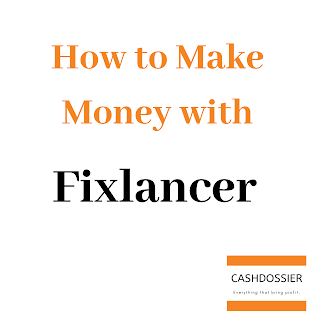 How to make money with Fixlancer

Fixlancer is freelancer company where you make money by providing your skills as service to customers.    You may ask what is a freelancer?  A freelancer is a self-employed person who offers services, often working on several jobs for multiple clients at one time. When use use flexlancer to provide such services you get paid at your own rate sofar your client is comfortable with it.  Freelancers usually earn money on a per-job basis, charging hourly or daily rates for their work. Freelance work is usually short-term. While a freelancer is not officially employed by another company, they can be subcontracted by other businesses. It’s common for freelancers to work on several different jobs or projects at once, but some freelance contracts may restrict who else the freelancer can work for until they complete the project. Some of the most common freelance jobs are within creative industries such as graphic design, copywriting, website development, or photography; however, freelanc